Dear ones, we come again to greet you with words of love and encouragement for we understand how difficult the world has become for so many. Indeed, things really are proceeding as they should, so try not to get distracted by the images you see through an understanding that images represent the third dimensional consciousness in manifestation. This understanding was Buddha’s enlightenment experience. He then tried to teach others, but most were unable to fully comprehend the idea and believed that since the whole world was an illusion, it was ok to ignore the suffering of others. The world is real, it is the false interpretations of duality and separation consciousness that constitute illusion.

When you give illusions your concern, thought, worry, etc. you empower them with your energy. There is only ONE power and that ONE is real, forever, and held in place by Divine law. Mankind is beginning recognize this and see things for what they are– interpreting from a state of higher awareness.

God never formed ITSELF as power struggles, wars, hatred, disease, or any of the negative situations manifesting now. These things are mind interpretations based in a world consciousness of duality and separation. Love is the connection and interaction between the many within the One, but this interaction becomes severely distorted when beliefs of separateness are held in a belief system. Error can never become the truth, no matter how many may believe it. You can say over and over that 2×2 equals 5, and the whole world may agree, but that will never make it true and as long as you continue to believe it, your personal check book will be off.

Much of what you are now witnessing in the world as increased violence is the effect of higher frequency energies shining into corners of long standing shadows making it appear as though the world is becoming ever more violent and dense but which in reality is illuminating that which needs to be looked at and changed. Every time you silently acknowledge truth even while witnessing discord, you are doing the work of helping dissolve obsolete energies from universal human consciousness. Your job is to know the truth (the spiritual reality behind the image) about everything you see, hear, taste, touch, and smell.

We have stated this many times, but we repeat–this is Light work, this is how you live as lightworkers; by not entering into and giving the illusions of sense more reality and power and then trying to fix them. This does not mean that you make the mistake many have made of sitting back and blindly saying; “Oh it is all illusion, I need do nothing.” This means you take whatever human footsteps you are guided to take, but only AFTER realizing that appearances have no law or reality to support them. You will find that you become somewhat detached to many issues that in the past deeply affected you because now your energy no longer be resonates with them.

We would like to talk about “freedom” which is the word most often used as an excuse to kill and be killed in war. Freedom is your Divine birthright. You could never not be free in reality for who could imprison God? As you learn who and what you are, you will come into the awareness that you are and always have been, free. Even if you sit in a prison cell you can learn to be free within yourself and will find that as these deeper truths become your state of consciousness, your freedom will manifest in an outer way.

Freedom is a state of consciousness, and can never be attained through war, power struggle, or the destruction others. Freedom is already embodied within you and the belief that you must attain it regardless of the consequences to others (who are actually yourselves in different form–all are made of the same “stuff”) is the height of the duality and separation belief system and is being kept alive by those who stand to profit from it. It is only the ignorance of an un-evolved state of consciousness that has for eons led mankind to seek outside of themselves for that which is already within. You are evolved enough to move into new and higher ways of understanding and experiencing freedom.

This is the lesson–truth must be realized and lived if mankind is to evolve into and then manifest higher ways of living. The first step is to stop giving power to anything or anyone for the only power there is, is within you. Seeming powers are the result of beliefs held in the universal human mind–the ONE mind distorted by beliefs of duality and separation.

This may be difficult for some to swallow, but every individual at a certain phase of their evolutionary journey begins to not care what the world presents as power because they have attained the realization that there is only One power. As you live and move and have your being in this awareness, you experience an inner freedom even if someone is trying to keep you in some form of bondage. You see as with all things, the inner state of consciousness manifests as outer. Freedom is, always has been, and always will be yours but the world has not known this and has thus struggled to attain it outwardly.

Those who find themselves in situations they themselves have created which are not easily gotten out of, may find nothing seems to change even as they begin to realize that freedom is within. If this is your situation, do not give up in frustration but instead understand that an apparent absence of physical, emotional, or mental freedom usually involves some karmic lesson specifically chosen by an individual for learning and evolution. As the lesson needed is learned and moved beyond, the reality–freedom, must manifest. This does not mean you cannot take human footsteps, but means that you must be very honest as to whether or not you are running away from a situation, or have evolved beyond needing it. Know that certain actions appropriate for the un-evolved soul may not be right for an evolved one. Always trust your intuition.

There is a popular statement; ” Freedom isn’t free”. Well, we beg to differ, freedom is free when recognized and claimed. Wars are manufactured by those who stand to profit from them–never forget that. All are within the One. You are the person you war against for there is only One individualized as the many and it can never be otherwise.

Take these truths into your heart and ponder them dear ones, for the energies of war and the profiteering from it in the name of “Freedom” must dissolve into the nothingness that it is as mankind awakens.

Join 4,541 other subscribers
Follow Archangels and Devas Blog on WordPress.com

New Adventures through Time and Space await You!

The Relationship with Inter-Galactic Races and Earth

Reminder from the I AM…

We ask the Archangels for Guidance ~ What is happening now on Earth?

A Message from Archangel Michael ~ The Age of Innocence

Who are you? Who or what is the Higher Self?

Aligning with the Diamond Heart ~ A Meditation

A Message From My Expanded Self ~ Love and Honor Yourself 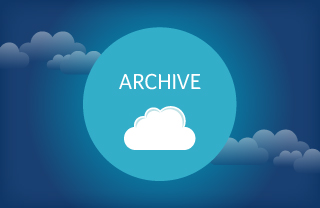