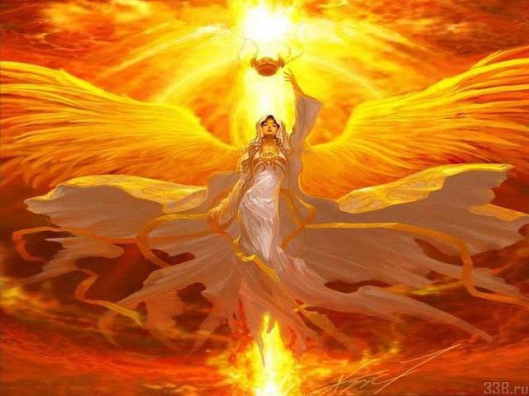 On Saturday afternoon I switched my computer off and decided to take a break for one whole day. No internet, no computer, no phone, no time! Yesterday morning I received the Sunday musings message and I remained determined not to blog it. So here it is, a little late, but here nonetheless.

Jesus taught that the Kingdom of God resides within you. This fits in with what we are being taught now, that the human body is in fact becoming a Temple of Light and Love. Your body is literally holding the Divine within.

If you came across a very beautiful and Sacred Temple, or an exquisite work of art created by Michaelangelo, would you desecrate it? You wouldn’t take a spray can and proceed to desecrate it. That would be unconscionable. Why then do we continue to treat our bodies as less than a Temple of the Divine?

I had a strange dream last night where I was walking through a very large room in a hospital and there were row upon row of sick people and they were tending their bleeding wounds. Then later as I lay semi-awake I recalled a disturbing image I had seen on Facebook a couple days before. In the image there were rows of tables with the carcasses of slaughtered dogs that were meant for human consumption. Dogs are now a favored food in China. People were disgusted and obviously outraged at such behavior of their fellow humans, but I ask you to consider this: Is it any less outrageous to slaughter and eat the dead flesh of any animal? That was the behavior of the Neanderthals. Sometimes behavior patterns are repeated from one generation to the next simply because humans are creatures of habit.

A video now comes to mind of a young boy, a 3 year old living in a Spanish speaking country. He questions his mother on what she has dished up for him to eat. She replies that it is octopus. He asks if it is still alive, and she says no. The child is distressed that the octopus had to die so that he could eat. He then launches into a whole explanation of why he cannot eat the octopus that ends with his mother in tears. She tells him, “Don’t worry my child, you do not have to eat it”, and then she thanks him.

Thank God for the children that are coming into the World now, for they have an elevated consciousness. Some of them already know that all Life is Sacred.

My message is this. Be mindful of how you are living. Become mindful of what you are doing. Does your behavior support your new and rising consciousness? Do you love, honor and respect the Temple that is You? This Temple is Life, not death.

The Galactic Human Template that supports the design of the human body now evolving does not know death. It supports vibrant and healthy cells. It is self healing, and life sustaining. It is life giving and it is the Temple of the Divine.

Let me also say this: If you’re still harboring thoughts about getting old and dying one day, then maybe you should examine your beliefs and patterns of behavior.

Your Body – Physical Human Form – is becoming the vessel through which your Divine and Higher Consciousness is expressing Itself on the Earth plane. Your Body is holding more Light and more consciousness now than ever before. In time, your Body will be able to hold and express the FULL CONSCIOUSNESS of your Higher and Divine God Self. It is becoming a Holy Grail filled with Light, and a Temple of the Divine.

Un-copywrited. If you happen to like this message, and you would like to share it, you do so with my blessing. I ask only that you include a link back to my blog: http://archangelanddevas.wordpress.com 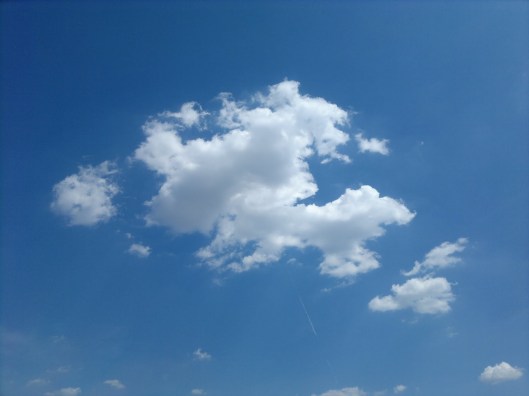 Too many of us are serious. Seriously! We tend to allow ourselves to get bogged down by all the negative energies and by our ego’s instead of allowing ourselves to maintain a lightheartedness that celebrates our True Selves. We come from an existence that celebrates love, joy and peace ~ because that is the preferred state of Be-ing. Allow yourself today to be lighthearted. Take time for yourself to just BE. Engage in something that will bring you Joy! One of our favorite things is to sit outside and watch the birds and the trees. Notice how the leaves move in the breeze. They seem to wave at you as if to say “Hello human!” Another favorite is to gaze up at the clouds and look for shapes and faces. You will be amazed at what you will find in the clouds! You may think I have lost my mind……. And maybe you are right, I have. But I have found my Soul.

Yesterday I visited a blog with a delightful lightheartedness that made me smile. It was refreshing to say the least. It’s enough that we are dealing with the negative energies from millions of limiting thoughts and beliefs from billions of people worldwide. Maintaining a smiling and lighthearted attitude can make all the difference to how you go through your day. Remember your Soul has no expectations of you, but it does love it when you are being happy, rather than sad. During your ascension process you will release all that is out of harmony with who you are becoming. That means emotionally and physically. Your physical bodies also need cleaning, as does your emotional body. Over the years your body has been storing toxins from a variety of sources, e.g. diet (preservatives, colorants, flavorants, fats from animal sources etc), pollutants and medications etc. This toxic waste has been stored in your liver and tissues, and when these are released during your ascension process, you will feel lethargic, aches and pains, skin eruptions and you may even manifest flu like symptoms. Releasing toxins is easily done through diet, but when I visited that blog yesterday I was reminded of a simple device that I used many years ago. The Ionic Foot Bath is a simple but effective way to release toxins through the soles of your feet. It is painless and each session takes a half an hour. It involves placing your feet in a basin of clean water and over the next half an hour you will watch in amazement as the water turns a murky and muddy brown color. It can be quite shocking! The therapist told me at the time that the Ionic plates draw out toxins and therefore I needed to drink a lot of water to help the flushing process. If you are interested in owning a set of these Ionic plates, get in touch with the blog owner at Indian in the Machine. You could be helping your whole neighborhood detox in no time!

As we become Light-er in this wonderful Golden Age, we should be in a state of celebration that we are able to feel more and more Love. Peace and Joy are part and parcel of this new way of Be-ing. Express this lightheartedness during your day, and if you are ever unsure of what to say or do in a situation, ask yourself “What would Love do now?”.

Un-copywrited. If you happen to like this blog, and you would like to share it, you do so with my blessing. I ask only that you include a link back to my blog: http://archangelanddevas.wordpress.com

The Angels are very persuasive – I will say no more….. They are also excited that so many of you have decided to read The Celestine Prophecy again, or for the very first time. Can you feel their excitement? The book is enjoying a second wave, and evoking a new consciousness or a new way of thinking in the newly awakened souls upon the Planet.

Yesterday I sat outside and enjoyed the trees and the birds and I decided to do a test. I tried to project my energy towards a bird sitting on a telephone pole nearby. I found that when I allowed myself to feel appreciation for the birds beauty and felt unconditional love for the bird, my energy projected a lot easier. In fact I could feel my energy extending towards the bird and I felt amazing!

Love, as you may already know, holds the highest vibration of energy, and energy is what we all are made of. It has been proven in quantum physics that at the very core of our cells there lies an atom of pure energy. Energy vibrates at different frequencies or levels. So called ‘bad’ energy vibrates at a very low frequency whereas love vibrates at a high frequency. Thoughts carry a vibration also, depending on the nature of the thought. A thought of appreciation and love holds a high vibration and a negative thought holds a low frequency vibration. Could it be then that if we changed our thoughts about ourselves, that we could change the frequency of vibration in the atoms? Of course we can!

Dis-ease can only exist within a body that is in dis-harmony within itself. And it all starts with us not loving ourselves unconditionally. This is one of the most difficult things for humans to do – loving themselves unconditionally.  The angels have been telling me over and over again that Love Heals All things and Love can change anything and everything. So I would like you to conduct a little experiment. Nothing fancy. I would like you to repeat these words to yourself every hour: “I love myself unconditionally”. Let’s make it a habit to repeat these words and mean them. Feel love for yourself. Feel appreciation and gratitude for everything that you are. You are amazing! It doesn’t matter how you look. Just do it anyway, because if we can achieve this, a personal and global transformation will take place.

Remember that the energy of Love holds consciousness. It’s not necessary to tell love what to do, where to go, or what to heal. It knows. Trust that. It’s your job to love yourself unconditionally. Love will do the rest.

I believe this transformation will be felt in as little time as one week! Please do try this exercise, especially if you are suffering from illness or have any dis-ease or dis-comfort in your body. Please also, leave your comments below! I would love for you to share with us how love has transformed your life. Thank you!

Catching Up With What is Happening Right Here in This Now!

The Crowning Jewel in the Eye of Love

A Message from Archangel Michael